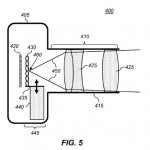 Smartphone makers around the world are racing release the world’s first light field enabled smartphone. According to some reports, manufacturers such as Apple, HTC, Nokia, and also the MIT are working on further miniaturizing the technology to fit into mobile devices. Meanwhile, companies like Pelican and Toshiba are finalizing their camera designs for third-party licensing.

Now, The US Patent and Trademark Office has granted Apple a new patent describing a “digital camera including refocusable imaging mode adaptor”, and it comes with an interesting addition to the existing light field solutions by Lytro or Raytrix.

Patent application No. 8,593,564 was filed by John N. Border and Richard D. Young in September 2011, and details a digital camera system that is capable of taking both high-resolution “flat” and low-resolution refocusable photos.
Such a hybrid camera is made possible using two “switchable optical modules”, as outlined in the technical design: a microlens array for light field imaging, and a glass plate (designed to compensate for the focal plane adjustment needed for the microlens array) that can be moved in front of the sensor as needed. 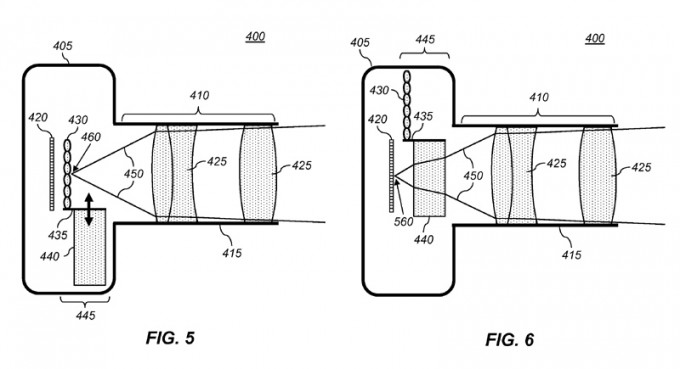 The authors noted several use cases, including as part of a smartphone (light field iPhone, anybody?) or as a separate accessory for existing traditonal cameras.

Of course, a patent application is no guarantee that the invention will actually reach the market, but we have high hopes for this one.

On a side note: The date the patent application was submitted (September 22, 2011) is quite interesting, as Lytro founder Ren Ng reportedly met with Steve Jobs just a few months earlier to demonstrate the Lytro camera before product launch and discuss opportunities for the two companies to collaborate.