Nokia acquires Scalado, hints at LightField tech for next smartphones 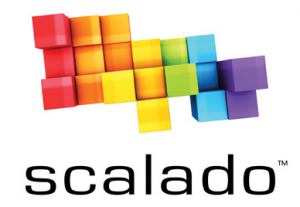 A few days ago, Nokia has finalized its acquisition of imaging specialist Scalado. The software company has created some interesting imaging and processing solutions, including RIM’s new Rewind-Feature.
While Nokia Software Management VP Samuli Hanninen didn’t go very much into detail as to what’s up next for the Scalado team at Nokia, he did state that “imaging is about to go through another major revolution”.

“One example is the way phones can enrich photos with contextual data. It can know the who, what, where and when behind every picture and use that intelligently.
My grandmother used to write notes on the back of the photos in her album – where they were and when; who was there and what they were doing. The power of smartphones can build that into the pictures themselves and offer new ways to relive your memories.”

We can also change the way in which you capture memories. We’re talking about ‘recapturing’ moments. Your photos can contain so much information that you can go back and make new pictures that are completely different, in non-destructive ways – maybe focused on the sunset that was behind your girlfriend’s shoulder in the original.”

Does that mean that Nokia has also joined the race to bring LightField technology to smartphones?