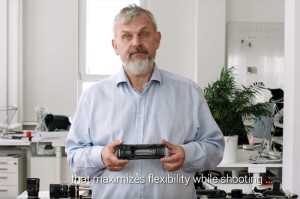 German Startup K-Lens recently received the the Photokina Startup Award 2018 for developing a new type of light field lens for “any camera”. The product, also named K-Lens, is essentially a lens that will allow interchangeable-lens cameras to record light field images, enabling single-lens, single-exposure 3D photography and film, as well as other light field features such as software refocus or variable depth-of-field.

We first came across K-Lens (then: KaleidoCamera) in 2013, when the basic principle was presented at SIGGRAPH.
While the lens is still in development, the company promises a full-frame-optimized product that will be around 25 cm long and weigh less than 1 kg, and be “compatible with all current digital cameras and lens mounts”. 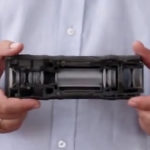 Interestingly, this lens is not based on microlens arrays, but instead uses an “Image Multiplier”, a set of internal mirrors that produce different perspectives of the same scene.
A little digging has led us to a 2016 U.S. patent application titled “Plenoptic imaging device” (US20160057407A1), which details how such an image multiplier works.

K-Lens is scheduled to produce a first prototype in the first quarter of next year, and release the final product before the end of 2019.

For more posts about this light field lens, have a look at our other articles tagged K-Lens.