This one previously slipped through our fingers: Reader William points us to a press release by Japan Display Inc. (JDI) and NHK Media Technology, Inc. about a 17.0 inch Light Field Display developed in Japan.
Back in May 2018, the two companies announced that they achieved video playback of glasses-free 3D content on their prototype light field display. 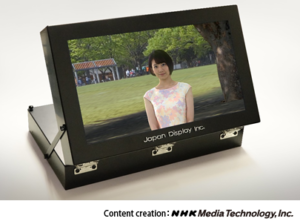 While details in the press release are sparse, the display is apparently based on a 17-inch 8K display developed by JDI, and “tiled pattern” output of images “into a compressed pixel array format”. We’re assuming this last part relates to sub-images (like those in a raw light field recording), which form a light field using a microlens array or comparable optical element. Unfortunately, both company websites lack any further information about the light field display prototype.
However, reports from live demonstrations of the display mention that the 8K LCD panel has 7680×4320 pixels at 510 ppi, and the prototype supports 69 viewpoints over a viewing angle of 134°. This would give the display an effective resolution of approx. 920×520 pixels. Light field content is prepared by a Hyper Cube MHP-8000 8K player. 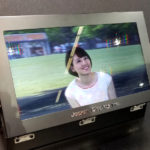 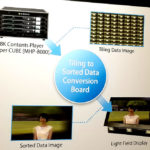 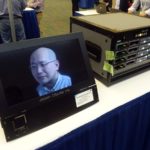 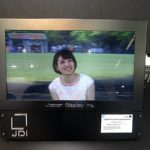 Nikkei XTech further reports that the technology uses polarization as a means to control the direction of light rays:

For the newly-developed light field display, a barrier substrate was attached to the TFT substrate on the side of the LCD panel’s backlight, and a polarizing plate was attached on top of it. The barrier consists of a region that blocks light and a region that transmits light. The barrier is used to control the direction of light and play 3D video supporting 69 viewpoints.

Display Daily suggests that the core of this technology may be merely an auto-stereoscopic effect, not true light field technology, but given that 69 separate views are produced for every frame, use of the term “light field” seems valid to us.

The prototype was first presented at SID Display Week in May 2018. At the time of the press release, mass production of the display was scheduled for April 1, 2019 to March 31, 2020.

May 17, 2018 (Tokyo, Japan) – Japan Display Inc. (JDI) and NHK Media Technology, Inc. (NHK-MT) today announced that they have added a video playback function to the”17.0-inch Light Field* Display” which has been under joint research and development between the two companies, and have realized next-generation 3D video. They plan to start mass production of this product during their common FY2019 period, April 1, 2019 through March 31, 2020.

The “17-inch light field display”, based on JDI’s 17-inch 8K LCD, reproduces the reflected light from an object that corresponds to the actual visible position, thereby realizing natural-looking images without any special 3D glasses. Just by ordinary viewing it is able to express extremely realistic images.

JDI and NHK-MT have collaborated to develop a new system that converts multiple light field images arranged in a tiled pattern into a compressed pixel array format suitable for the light field display in real time. With this system it is possible to reproduce an 8K light field video by using a practical playback device. Using the latest digitizing and computer graphics production technologies, combined with digital content compressed with newly-created non-linear algorithms, the system provides unprecedented representation of natural images.

With this new system, 3D videos may be seen without any special glasses and without eye and/or brain fatigue, and can be expected to be used in various applications, such as digital archiving, education and medical fields, etc.

JDI and NHK-MT intend to continue their collaborative work in new technological research and development to create the most life-like 3D images and video possible.

The 17.0-inch Light Field Display will be demonstrated at:

SID’s Display Week is the premier international event for the electronic display industry, where breakthrough technologies are introduce. Display Week offers synergies unparalleled by any other display event, comprised of attendees and exhibitors representing the foremost display-engineering talent from all over the world, as well as leaders representing both the commercial and consumer markets.

*What is a “Light Field”
In the real world, light travels in an infinite variety of directions, and we recognize our three-dimensional world by the way in which we see this light. A “Light Field” simulates this infinite light concept and enables stereoscopic vision by reproducing light emitted in many different directions.

About NHK Media Technology Inc.
NHK Media Technology, Inc. is one of the major subsidiaries of NHK, Japan’s sole public broadcaster.NHK Media Technology, Inc. is responsible for the technical operations of NHK programs and the development and operation of its computer systems. We thus support NHK’s broadcasting by our state-of-the-art broadcast engineering and reliable information system technologies. As the media environment undergoes remarkable change and broadcasting services diversify, we are making full use of our twin-pillar technologies to challenge the very limits of these potentials in the industry. Our goals is to seek the better combination of broadcasting and telecommunications, and higher quality though 8K UHDTV production for the future.
Please visit: http://www.nhk-mt.co.jp/en/