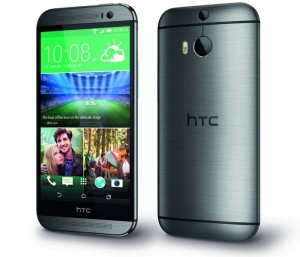 Last week, HTC unveiled the much anticipated, new HTC One M8, which immediately started selling in the UK, and will roll out across Europe, the Middle East and Africa, on April 4.

As rumoured, the new Android smartphone features a dual camera system (dubbed “Duo Camera”), where the additional camera is a dedicated depth sensor. To our knowledge, it’s the first time this technology has made it into a commercially available smartphone. The recorded depth information is used to bring a range of new camera features to HTC’s new flagship smartphone:

The camera app apparently also lets you automatically extract foreground subjects and copy them into another picture.

On the hardware side of things, the main camera is an Ultrapixel module (bigger than usual pixels capture up to 300 % more light, but lower image resolution) with a 1/3″ sensor, f/2.0 aperture and a 28 mm lens, producing 4 Megapixel final images. 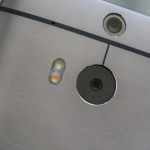 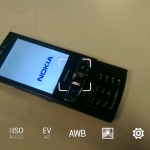 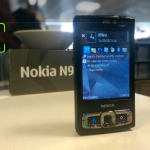 The M8 price starts at 649 USD, 679 EUR and 528 GBP (all unlocked). More information regarding the camera and other phone features is available on the M8 product page. You can also check out HTC’s official HTC One M8 presentation. The camera parts starts at 33:20.

Below, we’ve included some review excerpts regarding the M8’s new Duo Camera:

Speaking of the camera, that’s another big new area of improvement for HTC with this device. They’ve changed the hardware, and introduced the ‘Duo Camera’ twin imaging sensor. This allows it to perform some neat trips determining background from foreground, and applying filters to different parts of the image. There’s also the ability to refocus images after they’re taken.

These features are neat, but mostly just that; few feel like definitive advantages that provide a reason to use the One above any other devices. Images […] are good, too, and look great on the phone, but they don’t have very high resolution (the images are combined from two 4 megapixel sensors into one, roughly 4 megapixel composite) compared to the rest of the competition. HTC says it’s not focusing on the megapixel race, however, and so long as you’re looking for social and digital sharing, the camera should suit you very well.

If you do want a gimmick, you can have one. Dimension Plus essentially 3Difies your picture by using the depth sensor to work out the edges of a selected object. You can then use the phone’s motion sensors to alter the angles. While not flawless (it can be confused by some edges, creating a fun warping of the image), it’s pretty impressive tech. The problem is that there’s no real purpose to it – you’ll do it a handful of times in your first weekend with the phone and then never touch it again.

One of the sensors is a real camera, where the other scans the scene and provides depth, with that info then embedded into the photo.
You can then look at that photo and decide on the focus level yourself by tapping anywhere on the screen to give you a high level of control over the image. The same depth info allows you to change the background, copy and paste people out of the snap and into another (think rudimentary Photoshop) or add falling blossom for some odd reason.
In reality, you’ll merely want to use the feature, called U-Focus, for one thing, and that’s to bring background blur to your shots to give them a more professional sheen, and it works really, really well.