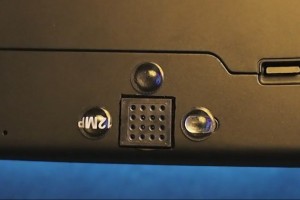 Not too long ago, Pelican Imaging announced their own solution to bring light field technology to mobile devices. In the Lytro Light Field Camera and similar setups, the optical elements take up too much space for integration in smartphones (or other small devices). Pelican chose a different path, using an array of 16 tiny cameras and creating a camera module that is only 3 mm thick (i.e. 50 % of today’s high-end smartphone camera modules), costs 20 $ in production, and creates pictures at 8 Megapixel effective resolution.

At this week’s Qualcomm Uplinq conference in San Diego CA, Pelican showed off their camera and software features on an Android tablet. A modified Qualcomm Snapdragon 800 developer tablet, which had the 12 MP camera replaced by their own 16-camera array module, was used to demonstrate software refocus, multipoint-focus (multiple points of focus at selected depths), depth-aware automated selection/extracting of subjects and the selective application of filters:

In the video, we are presented with Pelican’s “raw depth map” with lots of contour detail. This raw depth data is further processed into a “regularized depth map”, suitable for building 3D models, gesture recognition and other features. 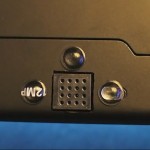 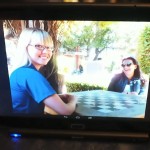 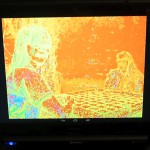 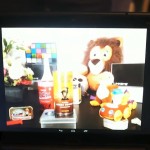 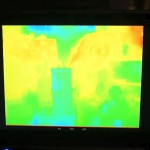 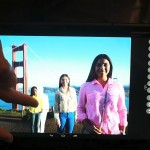 Apparently, the demonstration consisted only of pre-recorded and pre-processed data, but we’re hoping to see live demonstrations of 3D light field video and image processing, as advertised by Pelican, soon.

Pelican Imaging recently added Panasonic to their growing list of investors, which already includes tech companies like Qualcomm and Nokia. The array camera is to be licensed to manufacturers, and we could see light field enabled mobile devices “within the first half of 2014”.