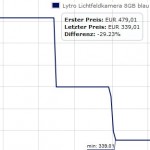 Lytro’s first-generation Light Field Camera has been available in Europe for four months now. The camera first launched in Germany, Austria and Switzerland, back in mid-July, and soon after arrived in the UK market. Introductory prices ranged between 479 and 579 EUR (approx. 650 to 875 USD) in the German-speaking regions1, a significant markup of 50 percent.

However, a recent price check on price comparison portals Geizhals, Skinflint and Toppreise has revealed notable price drops in some countries over the last few weeks. 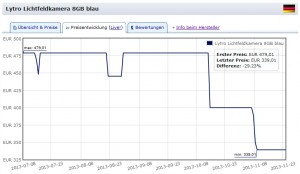 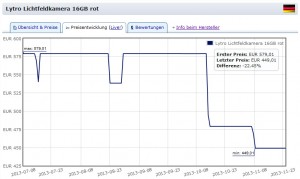 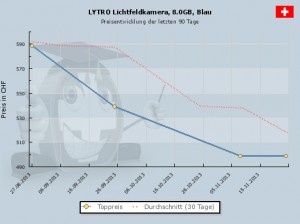 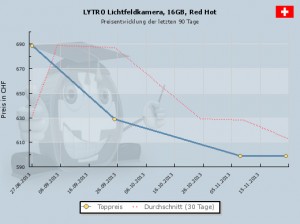 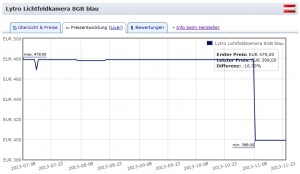 In contrast, prices in the UK have remained constant since the product was introduced in late July: 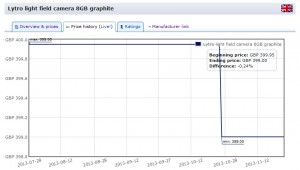 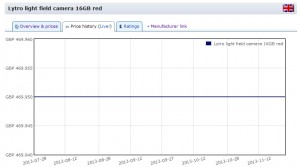 While Lytro still hasn’t released any sales figures, CEO Jason Rosenthal was recently quoted saying that 2013 sales are “ahead of the company’s internal plan”. This may be true on a global and/or US scale, but could it be the camera didn’t sell as well as expected in some regions, especially in light of surprisingly high launch prices?