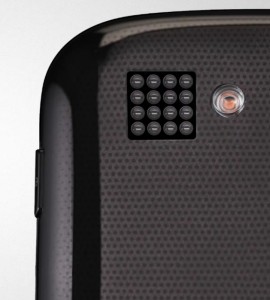 Smartphones accompany many of us on our daily lives, and it’s no wonder that they have become the most used cameras on major photo sharing sites. With the introduction of LightField technology to the mainstream, the market potential for light-field enabled (plenoptic) smartphone camera modules soon became clear.
Within the past few months, several companies have announced working on small LightField modules that are fit for inclusion in Smartphones, including Toshiba and the MIT. Toshiba even has a working demo and plans to release a model by March 2014.

Pelican Imaging is another such company (which we introduced last September). After 6 years of research, the relatively unknown company from Mountain View have recently demonstrated their product at Mobile World Congress: A tiny module featuring an array of 4 x 4 (or 5 x 5) individual cameras that is only 3 mm high. Using today’s standard camera technology rather than expensive microlens arrays, the module is expected to cost around 20 $. 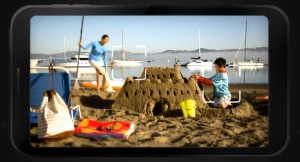 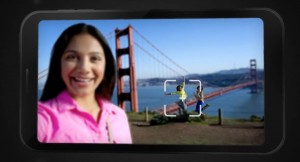 Contrary to other designs, each individual camera is said to record just one colour (really?), and the 16 images of 16.75 megapixels each result in a computed 8 megapixel JPEG image with embedded depth map.

The algorithms used in conjunction with the module are reportedly quite resource-intensive, which is why the company has held off on demonstrations for the arrival of the newest generation of mobile processors earlier this year.
Demonstrations of photo- and video functionality at Mobile World Congress ran off a Snapdragon 800 processor, which showed successfully that their plenoptic design is ready for today’s smartphones.

The [depth] map is accurate enough for gesture detection, for example, making it plausible that a single front-facing camera could be used both as a webcam and for gesture control of a computer or phone. It’s no LEAP Motion, so don’t expect to be able to sign your name in the air with it, but swiping aside windows or rotating objects on the screen should be a no-brainer.

Pelican Imaging is licensing their technology and expertise to hardware manufacturers, and expects to have products in the market “within the first half of 2014”.