In comparison to conventional digital cameras, current light field cameras are still limited in spatial resolution and depth of field control. Using a new camera combination, Vivek Boominathan and colleagues from Rice University were able to lift these limitations.
In a recent publication, the authors present a prototype hybrid imaging system consisting of a Lytro light field camera (380 x 380 pixel spatial resolution) and a conventional Canon DSLR (18 megapixel resolution). The setup doesn’t require co-location or prior calibration of the two cameras. In conjunction with a “simple patch-based algorithm”, the researchers were able to produce a high-resolution light field with 9 times the Lytro camera’s resolution and about 1/9th of the camera’s depth of field. 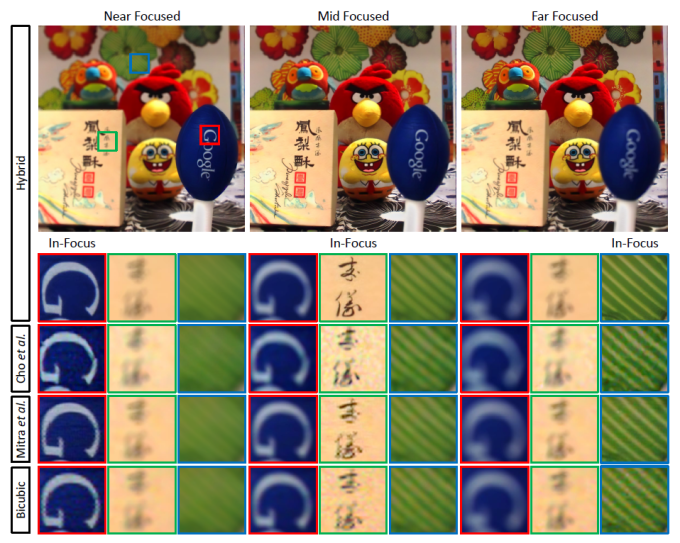