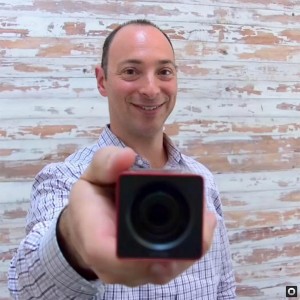 Back in July of last year, Lytro founder Ren Ng announced he would step down as CEO of the company, and get back to innovation, technology and strategic direction in the position of Executive Chairman. Until Lytro could find a new Chief Executive Officer, former EC Charles Chi kept the spot warm as an interim CEO.

In an interview, Chi said that Lytro wasn’t looking for a lead engineer or a head marketer, as it feels it is well-stocked in both regards.

“What we are looking for is somebody who has some experience in developing transformational businesses,” he told AllThingsD. “That’s what Lytro is in the midst of — getting a new idea adopted across a mature marketplace.”

Now, the company has a “new fearless leader”: Jason Rosenthal, who will take his position of CEO at Lytro today, is looking forward to “help the world realize the vast creative potential of the light field and living pictures.”

Super excited to be joining Ren Ng & the rest of the fantastic @lytro team to disrupt photography as we know it! allthingsd.com/20130319/lytro…

Charles Chi will remain active on the company’s board of directors, while Ren Ng will continue in his post as executive chairman.