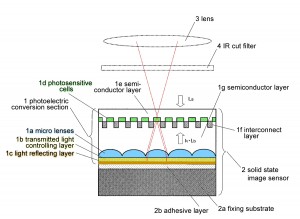 Today’s light field technology is facing a trade-off: The more depth resolution you want, the smaller the effective image becomes. Two years ago, German light field specialist Raytrix introduced a light field camera with an effective image resolution of 25 % the sensor’s resolution, which was already a big step upward.
Now, Panasonic has been granted a patent titled “Light field image capture device and image sensor”, which details a new sensor system that records light fields at 100 % of the sensor resolution.

While there are methods for obtaining full-resolution light fields available today, these typically resort to a two-lens system where one camera is fitted with a microlens array, and the other camera takes conventional 2D pictures.
The authors of patent #US20140078259, Masao Hiramoto, Yasunori Ishii, and Yusuke Monobe, describe a similar technique which combines both tasks into a single-lens system. 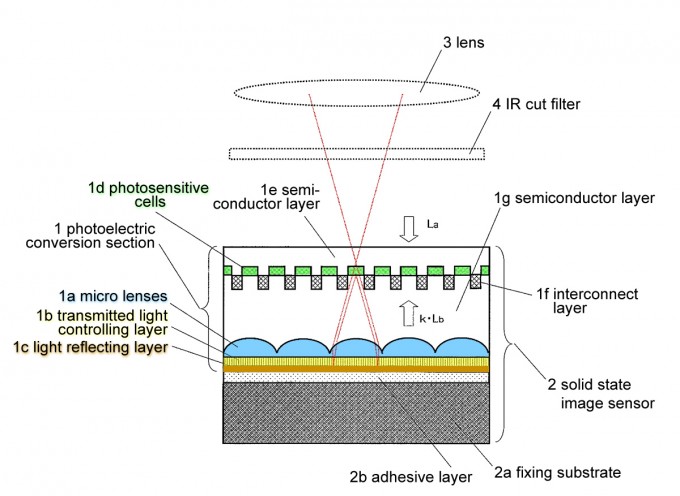 Fig. 1 of the patent application. We’ve coloured the most important elements.

By finely tuned control of layer 1b (transmitted light controlling layer), the camera can record both a full-resolution 2D image and depth information in rapid succession, collecting all the information necessary to create a 3D reconstruction of the scene.

The authors note that the presented system is compatible with “every camera that uses a solid-state image sensor”, including “digital cameras, digital camcorders and other electronic cameras”.

Full details for this patent are available at the US Patent and Trademark Office website, filed under Patent No. 20140078259, or on the respective Google Patents page.