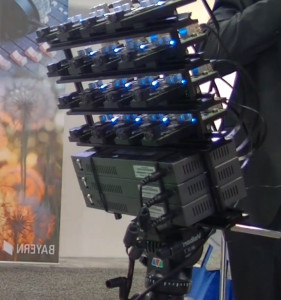 Last autumn, the Fraunhofer Institute of Integrated Circuits (IIS) announced their very own light field camera setup, which they dubbed the “most innovative lightfield camera recording system to date“.
At NAB 2014, the world’s largest electronic media show, the IIS gave live demonstrations of their camera.

The 4×4 camera array consists of a total of 16 smartphone camera modules connected to a PC apparently running Ubuntu Linux. The software allows changing perspective between the 16 cameras in real-time (downsampled image), software refocus and synthetic aperture (depth of field control). Other features include 3D output (for 3D displays or glasses-based 3D, or glasses-free parallax animation). Check out the last screenshot for available software options (including numeric input for focus and aperture).

Video and screenshots below: 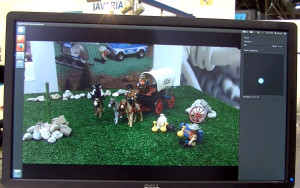 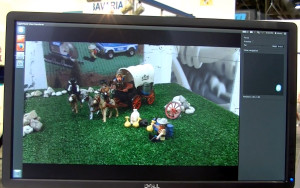 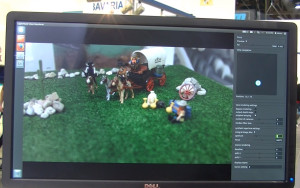