With today’s light field sensors, extracting 3D stereo images from light field recordings typically results in a lowered effective image resolution – but that limitation may soon be history: Sony has developed a novel sensor design with overlapping pixels in two layers, that will allow 3D output without the typical decrease in image resolution. In Sony’s recently granted US Patent, Nr. US20140071244, author Isao Hirota introduces a dual level microlens array setup in combination with a sensor that consists of two layers of light sensitive pixel grids – front-facing and back-facing grids that are rotated at, for example, 45 degrees.
The described configuration allows different neighbouring pixels to share the same information from a single microlens while being allocated to either the left or right stereo views, resulting in higher-resolution 3D stereo output from a single-lens, single-sensor device (i.e. a “monocular 3D stereo camera”). 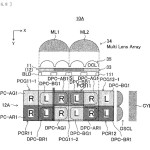 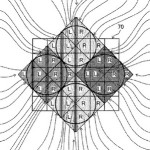 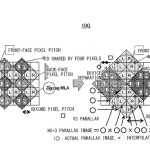 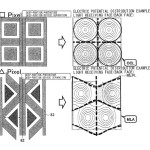