Chinese smartphone manufacturer Meizu recently released an update to version 3.3.1 of their FlyMe OS (a forked Android distribution), which adds a number of new camera features to the Meizu MX3, including software refocus.

As you can see in the video below, this feature is purely software-based: the MX3’s (non-lightfield) digital camera module takes a series of pictures with different focus levels within a few seconds (just under 4 seconds in the video), and combines them into a single interactive picture.

The entire feature strongly reminds us of Nokia’s recently released Refocus App. In fact, it looks like Meizu even employ the exact same refocus viewer as Nokia does, on their demo site: 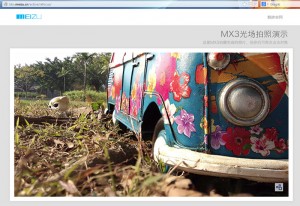 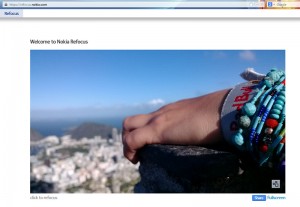 If you’re an MX3 user and can’t wait for the OTA update, you can manually download Flyme OS 3.3.1 for CN versions from the Meizu MX3 downloads page and Forums.

In other news, Übergizmo reports on new rumours that the one of the upcoming Meizu MX4 handsets, the MX4G or MX4 Pro, will feature a “Lytro-like camera system” for post-capture refocus. Unfortunately, no further details are available, so we’ll have to wait for its official introduction at CES 2014.