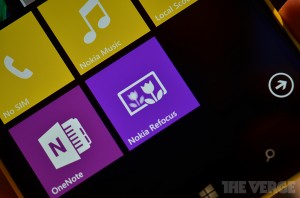 With the introduction of interactive refocus to the (camera enthusiast) mainstream, Lytro opened a new, compelling way to tell stories with images. The software refocus feature is fundamentally embedded in light field technology, but it can be recreated with a bit more user effort, using an ordinary camera. We’ve seen methods using a video with moving focus as well as camera apps that use multiple exposures at different focal lengths, such as Refocus (Windows Phone) tap2focus (iOS) or FocusTwist (iOS). Advances in the (conventional) camera world, such as the super-fast MEMS technology, are adding to the “refocus hype” – both by making the creation process faster and easier, and by promoting refocus as one of the new products.

Nokia, one of the major investors around Pelican Imaging and their Array Camera, has just announced a new smartphone app for their Lumia series that uses the “multiple exposure” refocus workaround: the Nokia Refocus app “analyzes the scene” and takes between 2 and 8 photos at different focus levels. The resulting, interactive 5 megapixel picture features click to refocus and all-in-focus. It can also be shared online and posted to Facebook and other social networks. 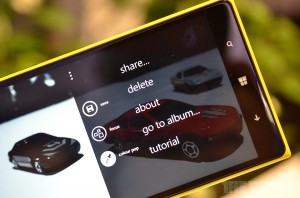 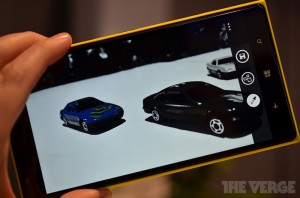 Nokia Refocus is already available for the Lumia 1320, 1520 . Other PureView-equipped Nokia Lumia smartphones running Windows Phone 8 will get it later this year – mid-November according to one report. The app is separate from the native camera app, and requires the Lumia Amber update.