Has Lytro drastically modified the pictures in its official LightField gallery?

The pictures in Lytro’s Living Pictures Gallery look awesome: They’re beautifully composed, show little noise and have full, saturated colors. Obviously, Lytro will show off its best pictures to get people interested in its new product, but are these pictures really representative of what comes out of your Lytro camera?

It seems that at least some of the pictures in the official gallery were significantly post-processed in order to give them better color and saturation: 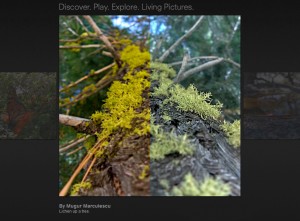 For comparison, have a look at the official and original Living Pictures.

It’s obviously possible to do post-processing with LightField Pictures. Is the above an example that it’s not very hard to do, and that we’ll soon also get the chance to postprocess our Lytro pictures?