Adobe is working in its own Lightfield camera

Lytro may be the first company to release lightfield cameras for the consumer, but other companies have also been working on this technology, some for years.
One prominent example is Adobe, who developed the PDF-format and – more importantly – Photoshop.

As far back as 2007, Adobe successfully demonstrated a plenoptic camera prototype with continuous refocusing, and also showed what an integration of Lightfield in Photoshop could look like:

We especially like the new sharpening brush! However, the software used for the presented animation took a week of programming work, and another work to compute the animation.

In September 2010, some years later, Adobe gave us another glimpse at the then-current state of software development and company plans. 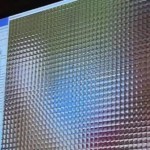 Much faster computation was not the only thing the company reached: They also want to produce their own LightField-Hardware. Adobe chose a different way than Lytro did, and is working on a special LightField lense for digital SLR cameras. Such hardware would allow users to switch between LightField photography and traditional digital photography with just one camera. The typical LightField features (refocus, perspective shift, 3D images) are still available on the computer.