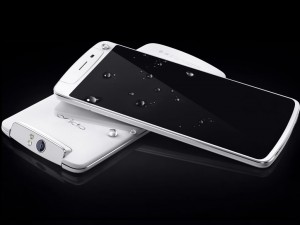 Recent rumours that the upcoming Nexus 5 is to become the first smartphone with MEMS camera technology have brought general attention back to DigitalOptics’ super-fast camera module.
The company’s latest press announcement states that indeed, a first MEMS|cam powered smartphone is in development. However, it called earlier rumours concerning LG and the Nexus line “inaccurate”. The world’s first mems|cam smartphone will instead be made by DigitalOptics’ new exclusive launch partner OPPO Electronics, an electronics manufacturer based in Dongguan, China. The good news for Android fans: all of OPPO’s recent smartphones are running Android or an Android fork.

The full press release is included after the break:

“We are proud to announce that OPPO and DOC are exclusive launch partners. OPPO will be the first smartphone OEM to incorporate mems|cam products in volume,” stated John Thode, president of DigitalOptics Corporation. “OPPO has an excellent premium brand in China as demonstrated by the September 23 launch of the innovative N1 Smartphone platform. Integrating mems|cam modules into OPPO’s best-in-class smartphones will bring an exciting computational imaging user experience that further delivers on OPPO’s brand promise.”

There has been speculation on who would be the first to bring the significant benefits of mems|cam to the mobile imaging market. Last week, several technology news blogs reported that mems|cam was first being brought to market in another smartphone platform. Those reports were inaccurate.