Will the Nexus 5 be the first Smartphone with a MEMS camera and Software Refocus? 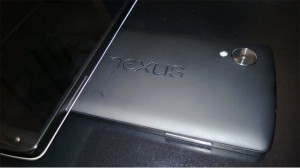 Google’s Nexus line of smartphones and tablets represents not only a family of mobile devices with a pure, unadulterated Android experience, but also important flagship devices with the newest OS version and features.
Recent rumors have outfitted the next Nexus phone generation, dubbed Nexus 5, with the innovative MEMS camera technology. The first ever camera with MEMS technology, short for micro-electro-mechanical silicone system, was presented to the world about 6 months ago and offers ultra-fast focus (up to 7x faster than current cameras) while minimizing both size and energy consumption. The product has been marketed as bringing Lytro-like software refocus to smartphones, without the need for light field technology.

Our colleagues over at Android Community have taken a close look at leaked log files from Android 4.4 Kit Kat build KRS74H, and found some interesting details regarding the Nexus 5 camera: The 8 Megapixel camera module features a 1/3.2″ sensor, f/2.4 aperture, and seems to lack both backside illumination and optical image stabilization. Most importantly, though, the authors found a reference to the sensor model “IMX179”. That same model number turns up search results that link it to DigitalOptics and MEMS technology. 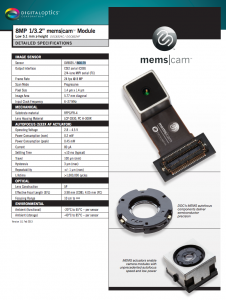 As it turns out, though, IMX179 is just the name of the Sony imaging sensor used in this and other camera modules (e.g. the Meizu MX3 camera). An allegedly leaked device manual further dampens our hope, as it mentions optical image stabilization but no MEMS tech.

While a Nexus Smartphone with MEMS|cam and software refocus would certainly be interesting, but it looks like this one was really just a rumour. The Nexus 5 is rumoured to be unveiled this month, so we’ll know more soon.