Lytro has recently started giving out camera firmware 1.1.1 for its LightField Camera, which brings another new feature that the Lytro community has been asking for: a Self Timer. 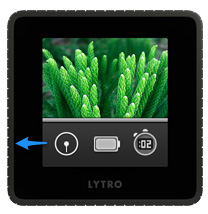 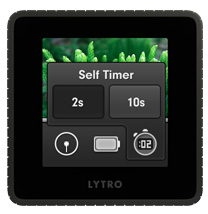 The timer will not only come in handy when you want to appear in your own pictures, but also when you’re taking pictures with longer exposure times, to reduce camera shake and unwanted motion blur from pushing the shutter button.

Lytro Desktop will offer the update if (1) you’re next in line for the download and (2) your camera battery charge is at least 40 %.
After you’ve upgraded your camera firmware, swipe up to see the general control dock, and then swipe the dock from right to left to reveal the timer symbol. Once there, you have a choice of 2 or 10 seconds, before the camera automatically takes the picture.

The firmware update seems to have been released in early to mid-December, but for some reason the update notice took until today to show up in our desktop software.