The Wonder Camera: Canon’s Concept Camera of the Future

At World Expo 2010, the Japanese pavilion held something special for all the photography and gadget geeks out there: Canon demonstrated their vision of what cameras will be able to do 20 years from now, and called it the “Wonder Camera Concept”. 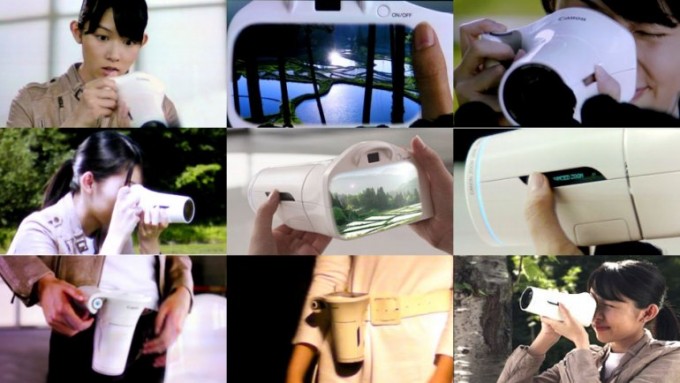 The camera, which was live demonstrated in front of a giant 12,288 x 2,160 pixel Panasonic display, showed the next big steps of just about every aspect of a camera: increased image resolution, super high zoom, better image stabilization, more intelligent algorithms, and lots and lots of processing power.

With the Wonder Camera, Canon basically got rid of still imaging per se, and instead created a camera that records video at such high quality that users will be able to pick the best single frame at any time and use it as a still photo. (Of course, we’re quite aware that it would take some time to sift through all the data after, say, a safari…)
A zoom lens that was estimated to be around 3,000 to 5,000 mm in focal length was hand-operated on stage, but the image stabilizing technology behind it made for a very stable image. Zooming in on pictures and videos after the fact was also shown to be possible, several orders of magnitude beyond anything that’s available today (07:15 in the video).
Adjusting focus will also be a problem of the past, according to the world’s biggest camera manufacturer: “Canon claims to have a proprietary technology that enables everything in every frame to be in focus at all times.” (LightField technology, anyone?) 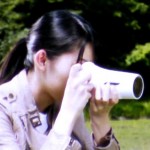 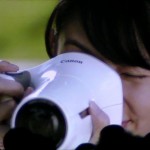 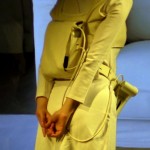 As you can see in the video, the technology already seemed to work. This is pretty impressive, especially since it was just considered a concept camera.
In some scenes, however, you can see that the woman handling the camera is also wearing a laptop-sized backpack with cables leading to the camera. While the processing power is obviously already available today, it doesn’t quite fit into a camera yet.