Lytro Mobile for Illum: iPhone and iPad App to be Released Tomorrow 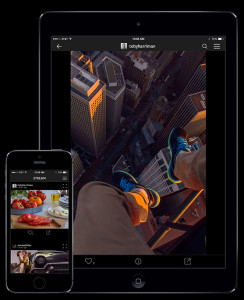 Up until now, Lytro users looking for the iOS app that would let them connect to their Illum wirelessly could only find a notice promising that the “Lytro Mobile for Illum” would be “coming soon”.
A new Lytro support document now states the exact release date of Lytro Mobile 2: it’s tomorrow, August 19 2014.

Lytro Mobile 2.0 is the first major release of an app compatible with both the first-generation Lytro camera and the Lytro Illum. The app allwos viewing and interacting with Living Pictures directly on your iPhone or iPad, including software refocus (single tap), synthetic aperture (two finger twist) and perspective shift (rotate device; 64-bit devices only). Pictures can be shared via text or email, or posted to Facebook, Twitter and Pinterest – without need for a computer.

The app requires iOS 7.0 or later and 500 MB of free space (for temporary file storage), and it’s compatible with the following devices:

As for other software platforms, Lytro says they still plan to release an Android app, but not in 2014. The situation is worse for Windows Mobile and BlackBerry users, as Lytro is not planning to support their platforms.