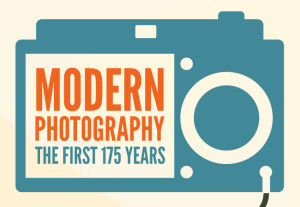 175 years ago, British inventor William Henry Fox Talbot recorded the first ever photograph on paper. To celebrate the subsequent evolution of cameras and photography, Lytro treats us to an infographic overviewing the major development steps of almost two centuries.

The infographic includes paper photography and digital photography, and ends with the most recent advances in digital imaging, e.g. the Gigapixel camera and their own Illum light field camera:

While the graphic is obviously concentrating on only the major inventions along the way, unfortunately it omits some major events, such as the launch world’s actual first commercial light field camera (as opposed to the world’s first consumer light field camera) by Raytrix in 2010.