We just noticed that the Federal Communications Commission (FCC) published new documents concerning the Lytro Illum earlier this month. Lytro submitted a new set of standard technical test reports regarding RF exposure (radio frequency exposure) including SAR measurements to the FCC on July 9, and these documents were published on the FCC website two days later.

While the device’s FCC ID has changed from ZMQB5 to ZMQBZ, the model number remains at “B5” and one of the attached documents refers to “Blitzen”, the Illum camera’s internal code name. Thus, we believe have reason to believe these documents relate to the final version of Lytro’s Illum light field camera that is scheduled to start shipping within a few days.

Due to Lytro’s request for confidentiality with the FCC, we don’t yet know of any changes in the camera hardware. All we do know for now is that the FCC label has been moved from behind the dual-hinge display to the inside of the battery door: 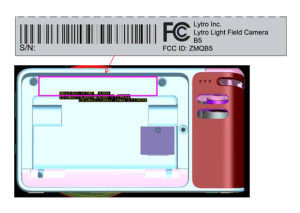 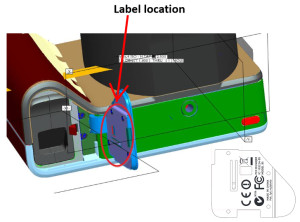