Are Canon Powershot and Eos/Rebel Cameras Getting Depth of Field Control Soon? 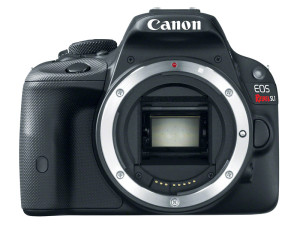 As much potential as light field technology has, Lytro is – until now – the only company actually going that way with consumer cameras.
Now, according to Canon Rumors, Canon may be one of the first “big” camera makers working on integrating light field features into DSLR and Point-and-Shoot cameras:

We’re told that Canon is working to implement depth of field control in upcoming PowerShot and Rebel DSLRs. The idea sounds like what Lytro is doing, or more recently what Google introduced for the Android camera.

There’s no mention of which camera(s) this would be introduced in, but it seems like a logical next step feature.

While we’re always excited about new features in camera technology, the limited information that is given sounds like it’s going to be a computational workaround rather than actual light field technology. Another point to note is that PowerShot and Eos/Rebel cameras are in the lower end of Canon cameras, which is not where we would expect to see major innovation first.