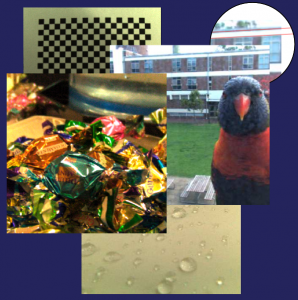 Because some functions have been replaced and parameters have been renamed, code written with v0.1 may require modification to work with v0.2.

Along with the update, there’s a new light field sample pack which introduces a folder structure optimized for use with multiple cameras, and a small sample calibration dataset.

Additional calibration datasets are available in the downloads section of the ACFR Marine Systems website. According to the entry, “Datasets A and B are good example datasets for calibrating a Lytro-like camera, in that they feature dense grids imaged at close range and over a diverse variety of poses.”

Details and more information can be found at the MATLAB Central project page and the ACFR Marine Systems website.