Red Hydrogen One: Android Phone with Light Field Display Released in the U.S.

Red Digital Cinema, a U.S. company specializing in cameras for digital cinemamatography, has recently released their first smartphone, the “Red Hydrogen One”. Among the Android phone’s best-marketed features is a novel, glasses-free 3D display based on light field technology. 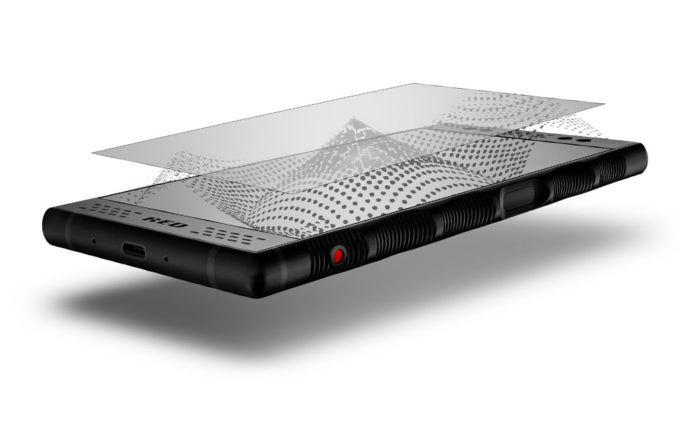 After a series of delays, the phone is now available for $1,300 in the United States, with carriers AT&T and Verizon.

The 5.7-inch 2,560×1,440-pixel 4V (“four-view”) “holographic” screen is made in partnership with the company Leia and uses “Diffractive Lightfield Backlighting” that displays different images and textures in different spatial directions to give the appearance of depth. For example, human skin might reflect light in one direction while a texture like metal might reflect it in a different directions. It can display content in 3D or 2D.

Over at SlashGear there’s an interview with David Fattal, founder of Red-backed startup Leia Inc., the company that developed the display:

“Leia’s Diffractive Lightfield Backlighting (DLB) technology,” said Fattal, “provides the key ability to switch seamlessly between a regular ‘2D Mode’ where the display operates at its maximum resolution (2560×1440 in the case of Hydrogen) with no visible surface artifacts or loss of brightness, [and] a novel ‘Lightfield Mode’ where it is able to send up to 16 different images at the same time towards the viewer.”

“All of the above works in both portrait and landscape mode,” said Fattal. “In comparison previous ‘3D’ technologies available on mobile devices offeRED a limited 2 views (left eye / right eye — producing depth but none of the other effects described above) and either permanently degraded the resolution of the device or presented visible optical artifacts in 2D mode when available.”

Reception of the phone and display was reportedly mixed, with reactions to the light field display ranging from “This is absolutely one of the coolest things I’ve seen from a company in years.” to “This is really bad.”

Read more about the Hydrogen One here:

Looking more at the technological side, the display uses nanotechnology to diffract the display’s backlight into a light field: Nanoscale structures, so-called diffraction gratings, cause the light rays that hit them to travel in precise directions depending on the angle at which they arrive. This allows you to project different images into several directions from the same location on the display. 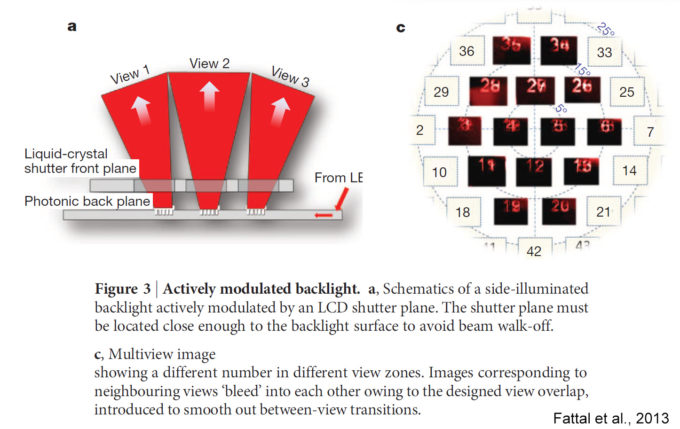