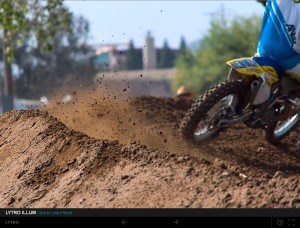 One of the major points of critique about Lytro’s light field camera(s) is that the only way to share your pictures online is to upload them to Lytro‘s servers first.
Now, in an effort to boost adoption of light field photography, Lytro has announced a new open file format for light field pictures, which will be based on the WebGL standard for 3D graphics. It will be released as an open source project on GitHub, together with a matching, open-source WebGL Player, which will allow users to host interactive light field pictures on their own websites and servers.

“One barrier to [adoption] is we are not as widely deployed and accepted as JPEG,” CEO Jason Rosenthal said in an interview. “We want to start changing that.”

According to the official press release, popular photography site 500px will be the first to integrate Lytro’s WebGL Player and thus allow their community to view, edit and share Lytro pictures.

The new file format and Lytro WebGL Player will be published at dev.lytro.com [link updated to local copy, since Lytro went offline] on 15 July 2014. Meanwhile, Lytro’s GitHub account is busy with preparations for the release:

This will be the home of more information about the Light Field Picture Player. We are currently working towards getting this open sourced and are excited to be sharing more details with you shortly.

Powered by Lytro’s proprietary computational photography software, the Lytro WebGL Player enables the living picture format to be integrated into any website or social media platform, giving creative pioneers more places to share their work. With the freedom to share their Lytro images anywhere, visual artists will help the living pictures ecosystem take root and spread throughout the Web and social spheres.

Audiences can alter the appearance of living pictures by adjusting perspectives, focal points and dimensions, offering a realm of possibilities for artists and photographers to explore visual storytelling in a compelling and interactive fashion. With living pictures, Web developers can drive increased user interactivity through Lytro’s library of cinematic animations that bring light field images to life. For users accustomed to passively viewing flat, 2D images, the ability to pan, zoom, tilt, re-focus and shift perspective opens up a world of possibilities for enjoying digital imagery.

Living pictures are the product of light field photography – a transformative way to experience digital images. Living pictures go beyond the traditional 2D world of digital and film by capturing the direction, color and brightness of the rays of light within the frame.

“The beauty of building a new ecosystem for Light Field Photography is inviting others to help shape it,” said Lytro CEO Jason Rosenthal. “Photography and the Web share a similar need to engage audiences on a deeper level through immersive, interactive experiences that seamlessly blend art with digital. We are excited for this open-source project to extend the ecosystem of living pictures and help the Web’s leading architects build unprecedented visual experiences for their users.”
500px to Drive Living Pictures Movement

500px, the premier photography community for discovering, sharing, buying and selling inspiring art, will be the first to integrate the Lytro WebGL Player. In addition to enabling 500px’s global network of photographers to present their own Lytro living pictures, the integration will also introduce 500px’s vast audience to the rich, layered compositions of living pictures.

“When the LYTRO ILLUM was announced, we wanted to create a seamless way to showcase this new style of visual story telling for our community and help them embrace Light Field Photography,” said 500px Co-Founder and Head of Product, Evgeny Tchebotarev. “This integration will greatly enhance the signature 500px photo sharing experience and help expose our audience to more of the world’s most inspiring photography.”

For a demonstration of interactive living pictures, visit the Lytro Picture Gallery here. The open source code for Lytro’s WebGL Player will be available at dev.lytro.com [link updated to local copy, since Lytro went offline] on July 15, 2014.
LYTRO ILLUM Availability

As part of the launch, Lytro is offering a variety of exclusive opportunities to those who pre-order the camera before July 15. In addition to receiving a specially engraved LYTRO ILLUM for an introductory price of $1,499 and an extended two-year warranty, they’ll be eligible to join an inner circle of Lytro users with insider access to product development insight and support. Even after the product ships, this nucleus of early adopters will continue to receive ground-floor insight and training from the Lytro team, with opportunities to contribute to exclusive developmental projects.

As part of their status as early adopters, individuals who pre-order will have the opportunity to submit their own photo series to earn a spot in the Ultimate Lytro Photo Experience — a once-in-a-lifetime trip to shoot alongside a prominent photographer on an all-expense paid photo shoot. The Lytro team and this pro photographer partner will be on hand to provide high-caliber, hands-on training and practice for getting the most out of LYTRO ILLUM. As the larger photography community gets acquainted with this new style of digital art, these early adopters will have an inside edge on techniques for producing cutting-edge Light Field Photography.

Lytro is reinventing photography by combining a novel hardware array with cutting-edge computational graphics to capture a more complete and immersive picture of the world in three dimensions. Lytro is the first company to bring an entirely new category, Light Field Photography, to the consumer and professional markets by transforming the camera into a powerful computational photography platform that fundamentally captures a richer set of image data compared to conventional digital or film cameras. Founder and Executive Chairman Dr. Ren Ng, whose Ph.D. research on Light Field Photography won Stanford University’s prize for best thesis in computer science in 2006, as well as the internationally recognized ACM Dissertation award, founded the company in 2006. For additional information, visit Lytro.com.
About 500px

500px is the premier photo community for discovering, sharing, buying and selling the highest quality photography. Millions of people visit the 500px website and mobile apps monthly from around the world to find the most inspiring photography.

The company is headquartered in Toronto, Canada where it was founded in 2009 and has an office in San Francisco, USA. 500px has raised over $10 million in funding from Andreessen Horowitz, Harrison Metal, ff Ventures, and other investors.