Raytrix LightField Video: Full-HD Plenoptic Movies at 30 fps ready “by the End of the Year” 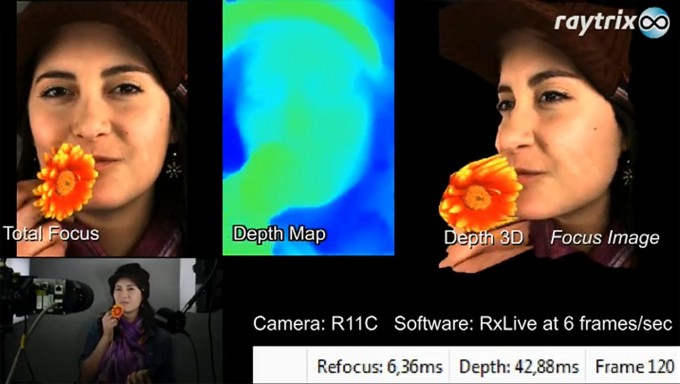 According to the article, German LightField specialist Raytrix is not just researching the refinement of microlense arrays for higher effective resolution or “3D facial recognition in security systems”, but is also working hard on LightField video.

[Raytrix] promises to have video cameras capable of recording high-definition (1080p) plenoptic movies at 30 frames per second by the end of the year.
These new cameras could revolutionize 3-D television and film, which currently require expensive stereo cameras and often time-consuming postproduction work. Not only could 3-D plenoptic movies be refocused after they were shot, they could also provide personalized experiences for different viewers, such as customizable stereo separation to give more natural 3-D effects (and fewer headaches for viewers).

Such LightField 3D movies will not just be refocusable after the fact, they will allow you to adjust the 3D effect according to the distance between your eyes, so you’ll see that movie like you see the world.