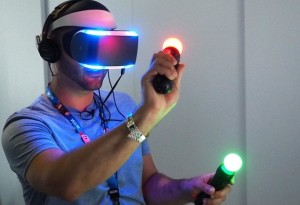 After releasing two light field cameras for end users, Lytro seems to try branching out into other fields to enable broader application of their plenoptic technology: Back in November, Lytro announced the Lytro Development Kit, basically a way for interested companies to license the technology and explore light field applications on their own.
Now the company reportedly raised 50 million $ to shift toward Virtual Reality and video. Lytro’s “refocus” to these new areas entails a lay-off of 25 to 50 current positions – a sizeable chunk of their workforce of just 130 – so that new specialists from the fields of video and VR can be hired.

Of course, the technology has great potential for these two connected appliciations, as it enables richer recordings of the world with more information than previously possible. Shifting focus and/or slightly adjusting the perspective in post-processing is a significant advantage over current camera technology, and allows more feedback to user behaviour in virtual reality.

In an interview with re/code, Lytro CEO Jason Rosenthal also hinted at software updates bringing new features to the Lytro Illum, and a third light-field camera with increased resolution which is planned for next year.