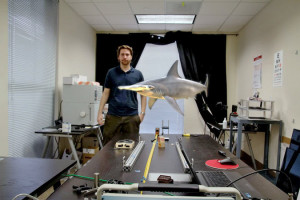 A rather secretive startup from Hollywood, Florida, recently made headlines for raising a spectacular investment for their vision of the next generation of Virtual Reality. Big names like Google, Qualcomm Ventures, Andreessen Horowitz, and others have put together the sum of 540 million US-Dollars for a company called Magic Leap, but the public isn’t even sure what the company is working on.

The official press release reads: “Magic Leap is going beyond the current perception of mobile computing, augmented reality, and virtual reality. We are transcending all three, and will revolutionize the way people communicate, purchase, learn, share and play.”
…and Magic Leap’s website doesn’t provide many details either.

The company is reportedly working on Dynamic Digitized Lightfield Signals” (Digital Lightfield, in short), a “biomimetic” technology that “respects how we function naturally as humans”. What that means precisely, the company doesn’t explain. However, Technology Review has dug up some interesting patent applications by Magic Leap which may give us a glimpse into what convinced their investors:

First, there’s a patent application for a head-mounted dynamic light field display which, like Nvidia’s Near-Eye Light Field Display, doesn’t just present two different flat images to the eyes. Instead, it conveys actual depth that allows the eyes to focus between objects, and thus creates a much more realistic 3D view. In the application, the wearable display is powered by a computer worn on the hip.
Then there is another application which describes the working concept of such a device, dubbed Waveguide Reflector Array Projector (WRAP). Instead of a microlens array in Nvidia‘s case, Magic Leap’s device is made up of “an array of many small curved mirrors” creating the light field, and semi-transparent mirrors would allow it to combine the real-world view with virtual imagery (Augmented Reality).
Using either several layers, or – more excitingly – a single layer of magnetically or electrically deformable Curved Liquid Crystal Surfaces, the WRAP device could generate virtual objects at different distances. 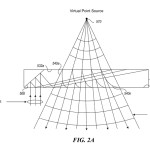 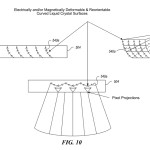 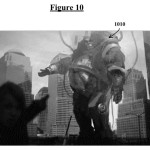 There’s more: The company has also applied for a patent to use motion sensors and eye-tracking cameras to monitor the direction and depth of the beholder’s current point of focus. This information could then be used to place virtual objects into a scene at the correct depth. Further research includes cameras, infrared sensors and even ultrasonic sensors used to sense a user’s 3D environment and recognize gestures.

Magic Leap’s list of open positions is about as diverse as their patent applications, ranging from chip design and fabrication, to lasers, mobile and wireless electronics, cameras, 3D-sensing, artificial intelligence, and video game development. 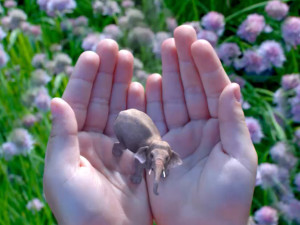 All of these aspects seem to describe a “highly realistic augmented reality” technology which today seems futuristic. Many individual features have already been successfully demonstrated, but the combination and refinement into a single product certainly still presents some major technical challenges.