Lytro starts International Sales in 4 Countries, and partners with US Online Retailers 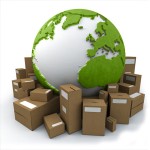 We were offline for a few days, but the world obviously didn’t stop turning: Lytro has officially announced international sales for four new countries: Australia, Canada, Hong Kong and Singapore will be the first countries outside the US that will get the world’s first consumer LightField Camera.
In addition to these news, the Lytro Camera will also be available through online retailers like Amazon.com, Target and BestBuy.
Availability depends on your reseller of choice, but the camera will start selling on October 9 (Amazon, Best Buy, Target, and Future Shop/Canada), October 10 (in-store through retailers in Australia) and in mid-October (in-store through retailers in Hong Kong and Singapore).

You can find all the details on Lytro’s new Where to Buy page.
Fans outside of Lytro’s current reach may find our earlier article useful: 4 ways to order a Lytro camera outside the United States

If you’re interested in becoming a Lytro reseller or distributor, check out this support page.