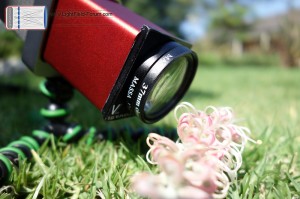 Last month, Viewpoint Laboratories launched what we believe is the first third-party accessory specifically designed for Lytro’s LightField Camera: a 37 mm filter adapter that is attached to the camera via high-strength neodymium magnets.

Viewpoint Laboratories was kind enough to provide us with a test sample, and we examined and tested it on several occasions over the last week.

Does the adapter keep its promises? Should you get one? Find out in our in-depth review, coming up right after the break!

Unpacking
The little adapter was carefully packaged in bubble-wrap, and came with a one page user guide. The adapter itself measures 1.7 x 1.7 x 0.2 inches (43 x 43 x 5 mm) and weighs 0.3 ounces (14 grams).
A closer look at the product revealed a less-than-expected finish quality: the sides of the aluminium square are a bit rough, and there are little corner cut-ins at the backside (which were probably necessary during manufacturing). The front and back sides are covered by black, reflective stickers. While that doesn’t add to a great first impression, it actually protects the camera’s metal frame from metal-on-metal abrasion. 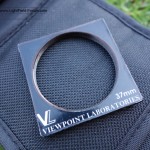 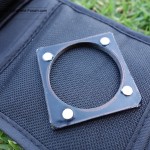 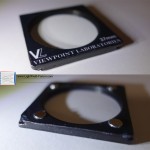 The position of the magnets also appeared to be a bit off, but that is explained in the user guide: the magnets are placed in a way that allows a clear 37 mm aperture, while being designed to match the magnets inside the camera as closely as possible. (Looking back at our earlier post about disassembling the Lytro camera, you can see that also in the camera, the magnets aren’t positioned in the corners due to the screws being there.) 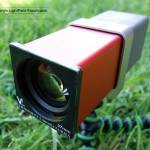 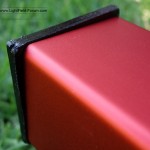 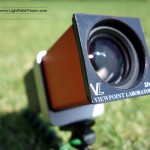 The magnets, which are minimally sticking out from the back of the adapter, use the space between the aluminium frame and the black plastic cover that surrounds the lens. This configuration holds the filter adapter in place vertically and helps keeping it from just sliding off, e.g. when using heavier accessories. Pulling lightly on the adapter gave us a reassuring feeling of security that it certainly wouldn’t come off by itself – neither to the front nor downwards.
The camera lens is slightly off-center to make room for the “LYTRO” lettering, and the filter adapter accounts for that when attached in a way that aligns the filter’s text “Viewpoint Laboratories” with “LYTRO”.
As you can see in these test pictures, there is no visible vignetting with the filter attached, both in the “optimal” and the least optimal orientation (upside down):

It is actually possible to place the camera lens cap on top of the filter adapter (when no filter is attached). This may be helpful in case you need short-term lens protection, but it’s still easier to remove the adapter + filter and attach the lens cap directly. In the user guide Viewpoint Laboratories expressly advise to not store the camera with the adapter in place.

Test Photos
We tested the filter adapter extensively with our new set of 37 mm macro converter lenses, and were able to get wonderfully close to tiny subjects. Creative Mode allows you to virtually touch the object with your lens as it is, but using macro lenses even gets you magnification, and a seemingly wider refocus range due to the change of optics. 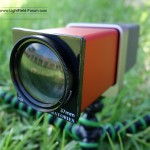 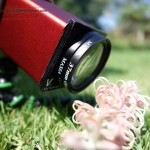 Please note that due to the nature of a macro lens adapter, it is impossible to focus on infinity – that fact seems to apply to both traditional optics as well as plenoptic imaging. The artefacts (Perspective Shift errors, chromatic aberration) that occurr at high magnifications (+14, +18 macro lens combinations) are purely due to the optics of the macro lens setup.

Conclusion
If you want to add some more creativity to your Living Pictures, Viewpoint Laboratories’ new filter adapter is a great way to add something special to your images. It enables you to use traditional optical accessories such as ND or colour filters, macro converter lenses, and possibly also wide angle- or telephoto converter lenses (depending on LightField engine compatibility).
While the edges are, quite litterally, a bit rough considering its price tag, the adapter certainly does what it says, and gives the camera a clear, vignetting-free view of the world.

We were able to get some good pictures with a macro lens kit, that allowed us to both (1) get significantly closer to the subjects and still have good refocus depth, and (2) take pictures from farther away, which was, for example, essential in the case of the very shy frog in the sink drain.

The 37mm Filter Adapter for Lytro’s Light Field Camera is available on Amazon.com

for 49.99 $.
Unfortunately, international shipping is not (yet?) available, but you may be able to get your hands on one using our international order recommendations.