LightField technology is not just interesting for scientific use and as a gimmick for early-adopters. Plenoptic imaging has been shown to have a great potential in manufacturing processes and quality assurance, 3D modeling, and more.
But there’s more: LightField video is probably one of the most exciting things to come in the near future. The ability to choose the point of focus (or focus gradients) after the fact, slightly move perspective, or get single-lens 3D footage, makes it interesting enough for television producers to look into.

One of these companies is none other than animation studio Pixar: A small team around David DiFrancesco has applied for some very interesting patents for their “Super LightField Lenses”. These lenses would use various combinations of lenslet arrays, and bring compatibility to existing, traditional cameras. 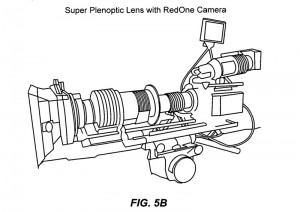 Find out more about Pixar’s inventions in LightField imaging in our newest addition to the Prototypes section!